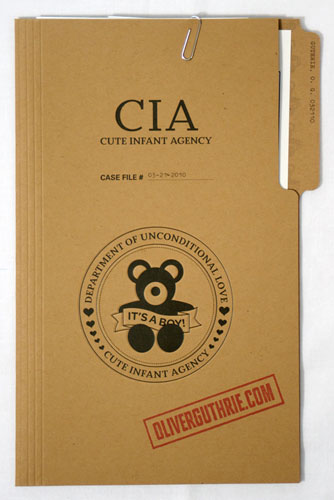 Lesley, baby Oliver’s mother, was laid up during the last few months of her pregnancy, and she noticed that either CSI or Law & Order was on some TV channel or other at any given time of the day. Since little Oliver was making her so uncomfortable, Lesley got the idea that she should create a criminal file just for him. And what a criminal file it is! 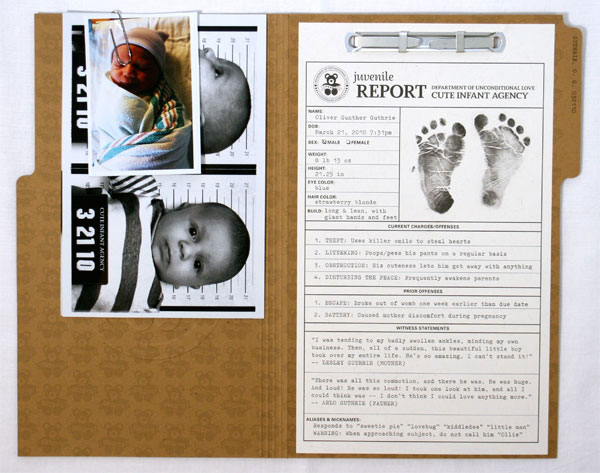 From the “Cute Infant Agency” case file number and emblem on the cover of the announcement case folder to adorable “mugshots” and a juvy report with Oliver’s footprints inside, every little detail of these announcements is criminally cute. Yeah, I couldn’t resist the pun. Feel free to groan and shake your head in my general direction. After you do that, have a look at more details from this awesome birth announcement. – spotted at FPO 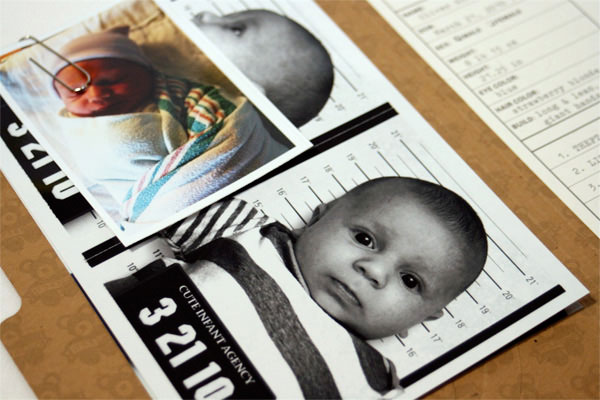 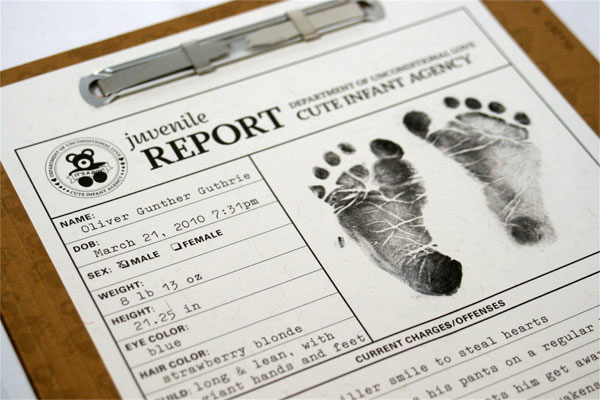 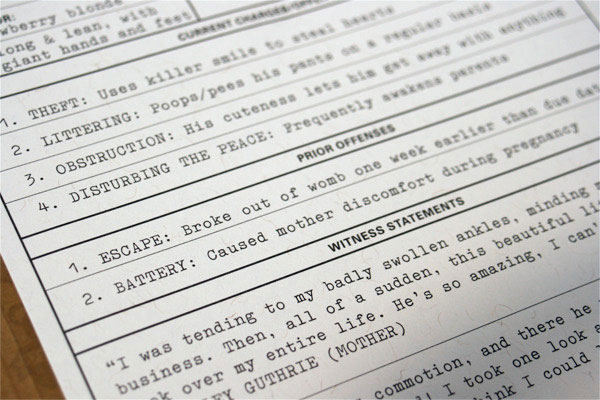