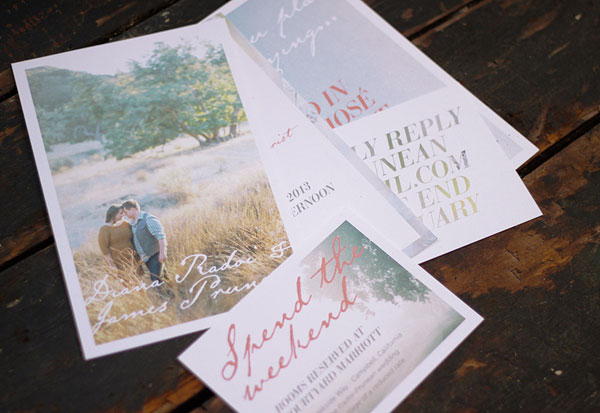 I’ve said it before, and I’ll say it again: I LOVE it when creatives design their own wedding invites! This beautiful wedding invitation suite popped up in my inbox recently, and it was crush at first sight. Featuring photos by Jose Villa and design by James Prunean (aka, the groom), the suite has such a dreamy, romantic look and is perfect for Diana and James’ upcoming California wedding celebration. 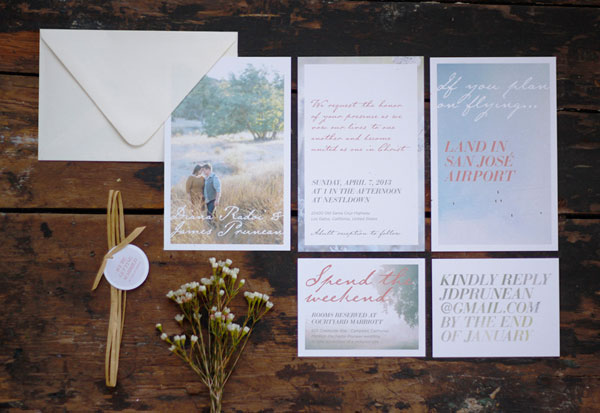 The couple, James (a stationery designer) and Diana (a film photographer), met on Twitter when he followed her and complimented her on a feature she had on a wedding blog. James was instantly drawn to Diana’s talent. It took a little time, but Diana eventually responded and thanked him, he followed up with a direct message, and the rest is history. Seeing as James is from Ontario, Canada and Diana is from California, the couple didn’t know where they should have their wedding. The bride wanted something close to her, and the groom wanted something close to him, but they both settled on a destination wedding in Los Gatos, California. 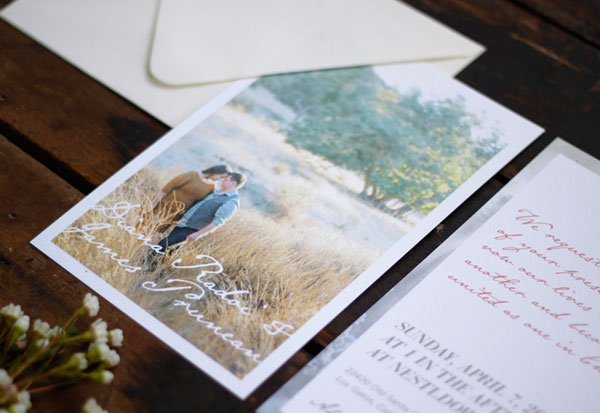 James shares about the design process:

As a stationery designer myself, I didn’t know how I would ever settle on anything for my own invitations. How would I ever design something that I would be happy with? I find that designing for myself has always been the hardest challenge. I wanted to design something that speaks to both our talents, photography and design.
I rarely see photography being used properly with invitation design but felt like I couldn’t go wrong with the engagement photos we had done by Jose Villa, and he allowed us to use a few other of his images to really set the tone for the wedding. I feel so blessed to have been able to work with such a talented photographer. I flew up to California in October, and he shot the photos for us. It was a beautiful experience, and we wanted to share it with our family and friends.
We printed the suite on a textured felt paper, which gave the invitation a wonderful canvas feel. We used natural unbleached paper, which softened the printing and added the perfect dreamy effect we wanted, and the cover shot of us is a keepsake piece for our family and friends. We finished off the invitations with some raffia and a round tag saying “We are getting married in California”, which answered the big question that both of our families had. 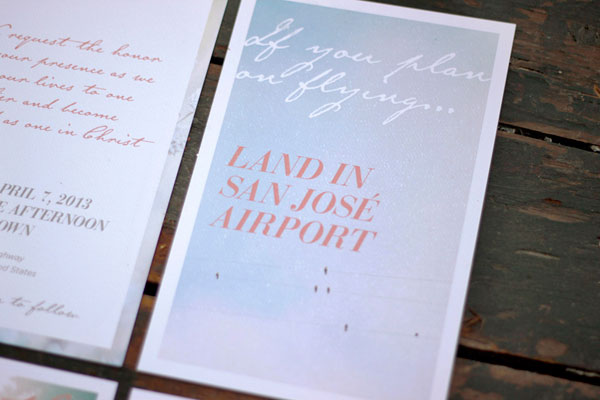 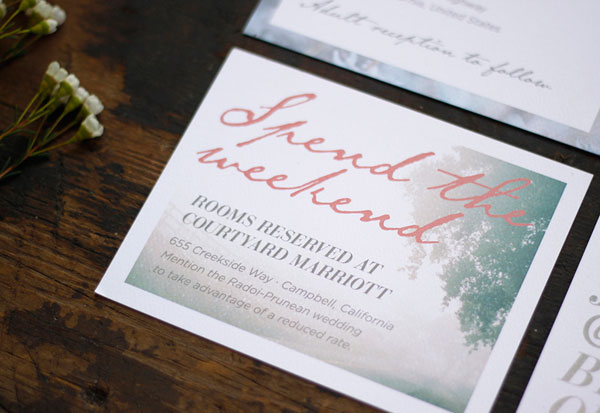 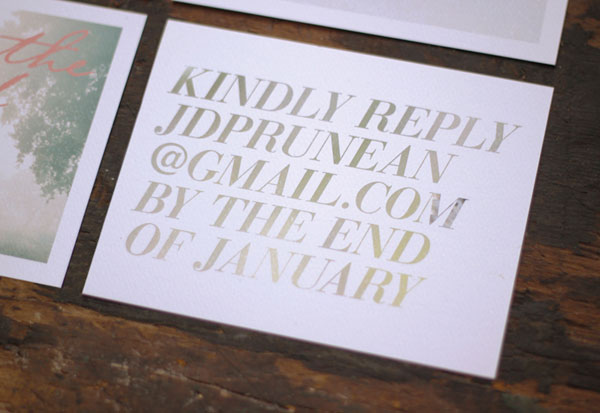 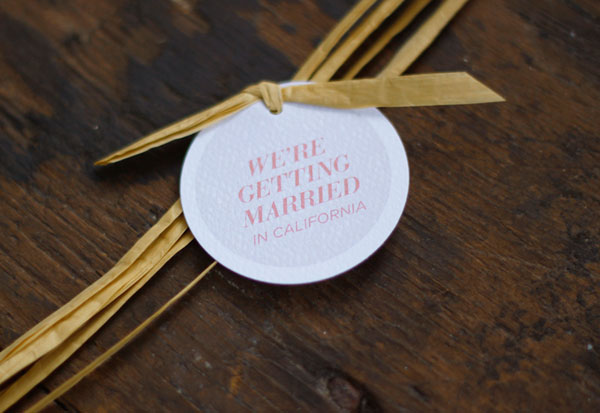