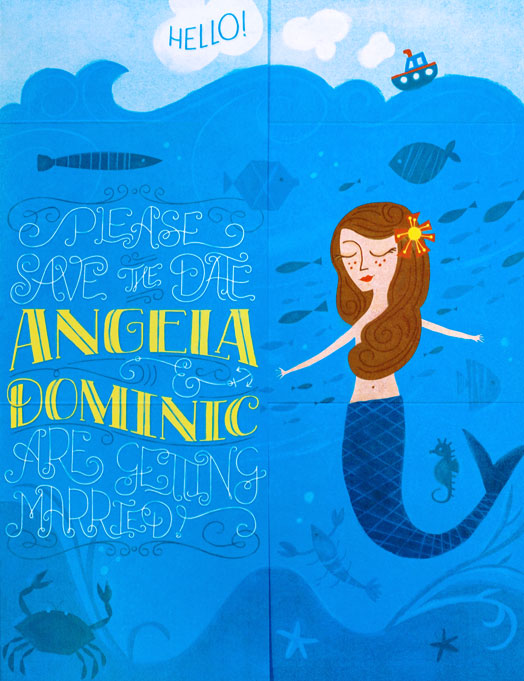 What do you get when you cross a longtime love of Disney’s The Little Mermaid with a seriously talented, about-to-be-married designer? You get these awesome, nautical and mermaid-themed save the date invites by Angela Navarra, who created these darling invites for her wedding by the sea. 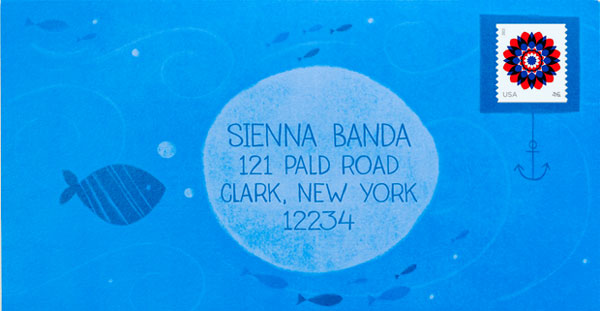 I am loving all of the little details in these fun save the date invites, from the sweet little “hello” tugboat to the “fish bubble” containing the guest’s address to all of the cute fish and crustaceans swimming in the paper sea. Add some super swirly, hand drawn lettering and a return address that’s being carried along the undersea current, and you have a unique and memorable invite turned keepsake for the lucky guests who received these cuties in their mailboxes.

Angela shares about this labor of love:

I wanted to create something that was self-contained and displayed movement, all in paper form. I gave myself a tall order to fill but, since this was for my own wedding, I had to do it!

I love fold and mail stationery, which inspired this concept, and created custom typography and illustrations, which I had a blast doing. I made sure that, when a guest opened their invite, there would be a new portion revealed under each flap that would line up with what they previously saw. It started off as an 8.5 x 4.5 envelope that opened up to a 13 x 11 invite. Finding a paper that would work for this concept was difficult, but Eugene and Molly from Rolling Press were super helpful and provided invaluable advice that made this invite shine. 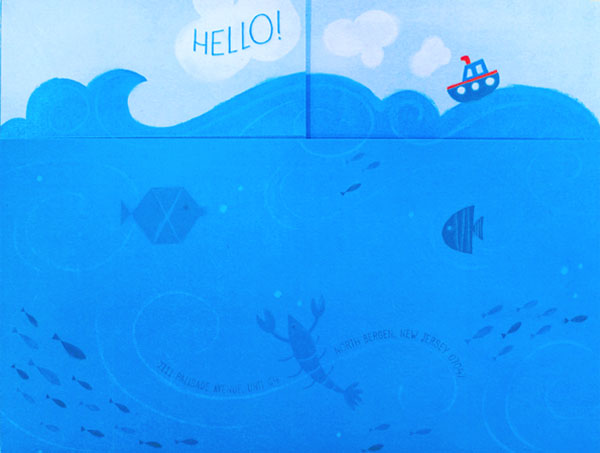 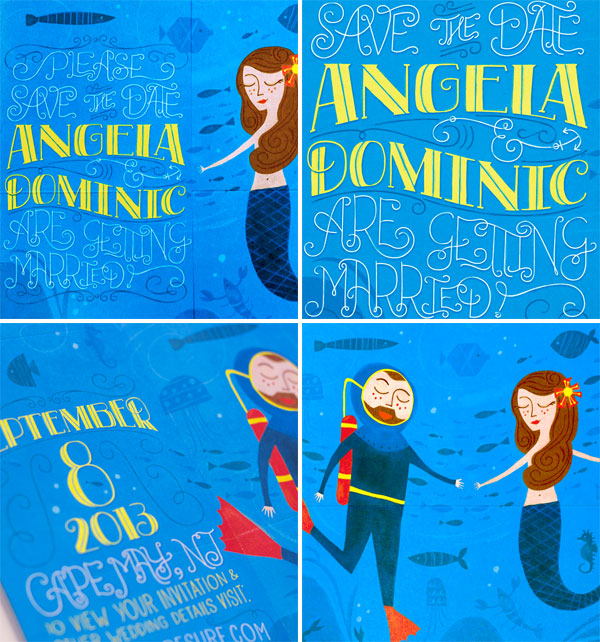 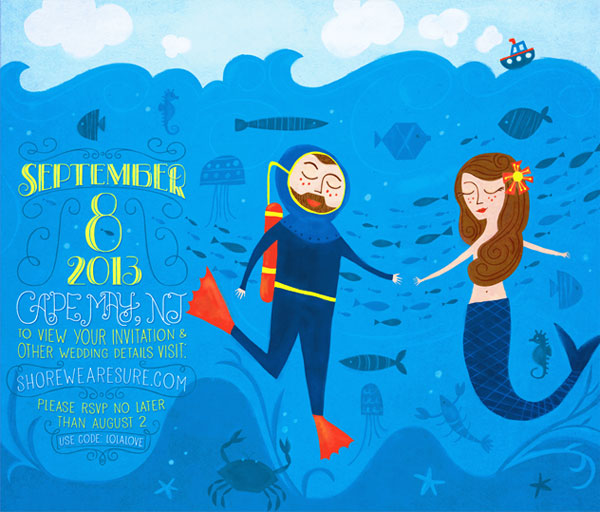 Love Bop Save the Date Cards

Three Words Save the Date Cards